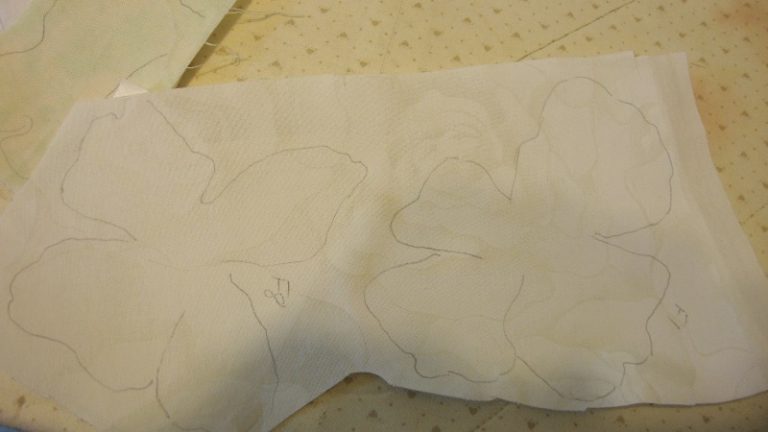 Well, the quilting is complete and I've begun the process of making flowers.  I've been afraid to count them but I think there are hundreds! So I'm beginning with several "white on white" fabrics.  I like to have variety so they'll look like individual blooms.  Because the backgound is dark in several places, I am fusing a second layer of white fabric behind as a shadow guard.  This first try, which I think might work is shown as follows. 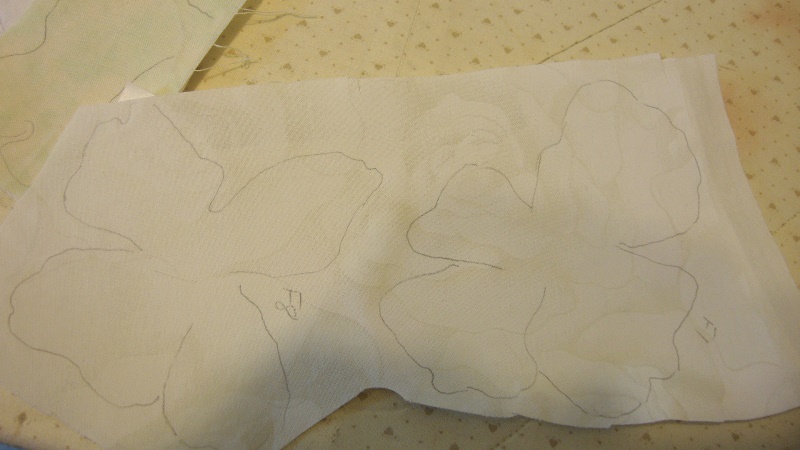 I used the enlarged tracing to make patterns for the individual blooms--I'm doing one little section at a time to keep from getting overwhelmed. I then did some minimal paint to help define the flower. 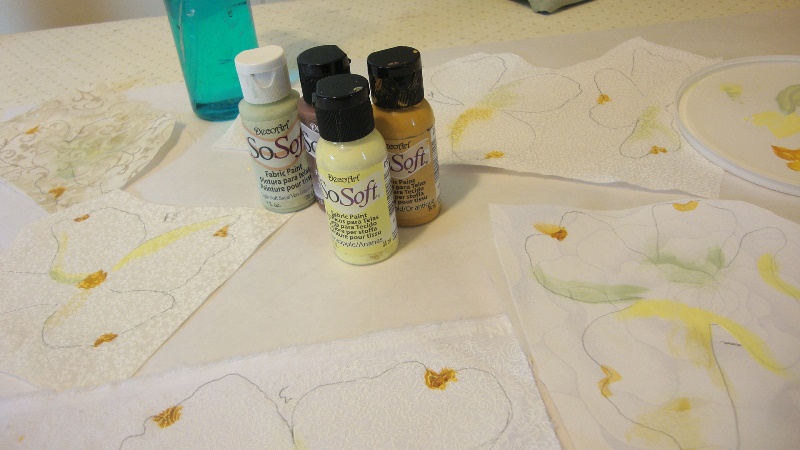 Next I tried two different methods of stitching...I think the second worked fine and is a bit easier.  Eventually I plan to make some kind of fancy center...but that's a ways off. 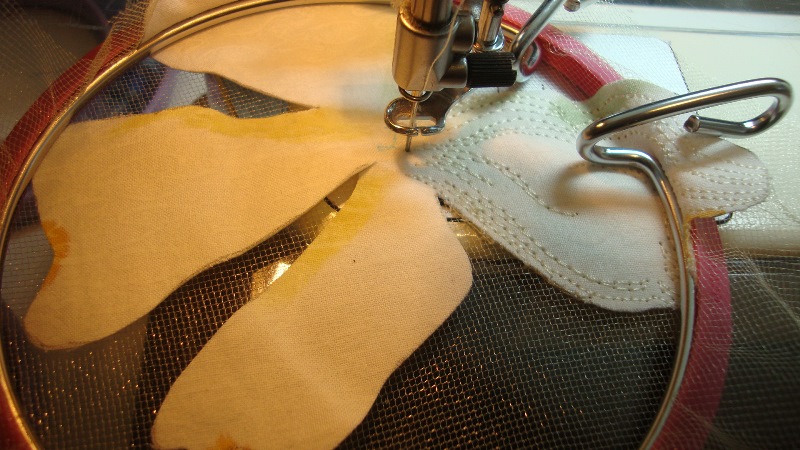 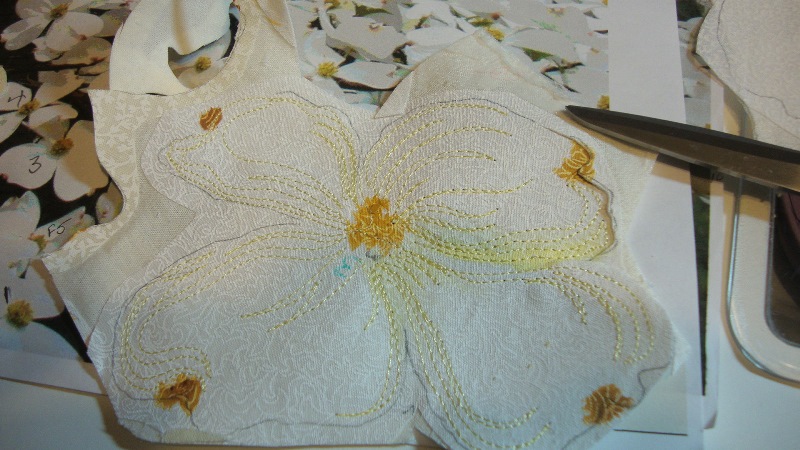 I probably will be at this stage for weeks (who knows) until I have enough flowers.